Originally published on Clips and Phrases

Chevra Ahavas Yisroel, a Lubavitch synagogue in Crown Heights, “does Facebook” better than any congregation I’ve ever seen.* The numbers aren’t the real success story here, but for the record, they have nearly 2,000 likes, with a few hundred folks “talking about this” at any one time. Their posts get consistent engagement. And, to the best of my knowledge, their efforts online are paying off; it helps strengthen the community, raise dollars, and keep CAY at the top of their congregants’ minds as often as humanly possible.

Ok, see what I mean?

Here are my thoughts on what they are doing really, really well – all of them replicable! So read, enjoy, and learn…

It’s About the Community 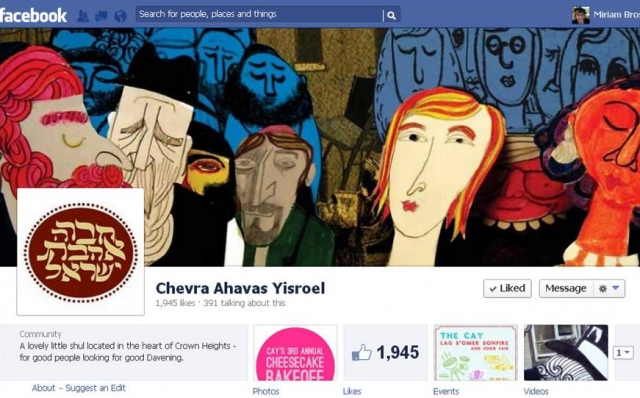 This is their fabulous header image – done by an artist in the community, OF the community. It literally and figuratively represents what (or rather who) they’re all about. 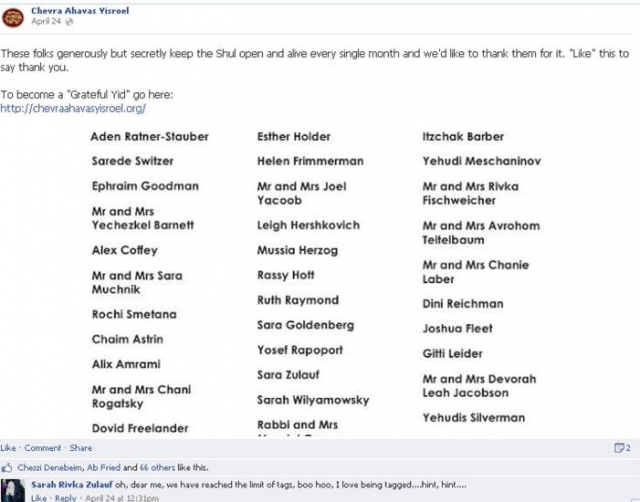 CAY says thank you. A lot. And genuinely. A good habit for anyone to develop.

Also, CAY members are regularly sharing life-cycle events, and each one of them is diligently posted to the Page. But, more than that, the Chevra Page adds a little something special to each one, pointing out the special qualities of the people involved.

CAY makes a special effort to regularly highlight members of the community and show how unique and valuable they are. 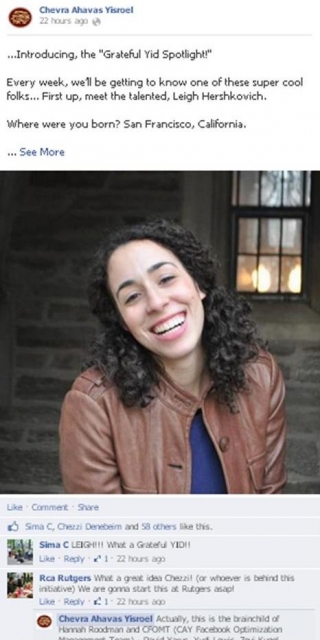 Check back on the header image and look at the description of the shul. Read the posts I’ve included as screenshots here. Getting an idea of the personality of the shul? What the leadership might be like? What it might feel like to pray there? Yup. That’s the point. Go for that.

The posts regularly include a lot of goofy, fun, gentle humor. The shot below is so, so much better than the multitude of posts I see from congregations everywhere saying, “Come to this event! It’s going to be great.” Oy. Find your style and let it shine!

CAY’s posts are also super honest. They ask for help. They admit when they’re struggling with something. It’s a great example of authenticity breeding engagement and building community. 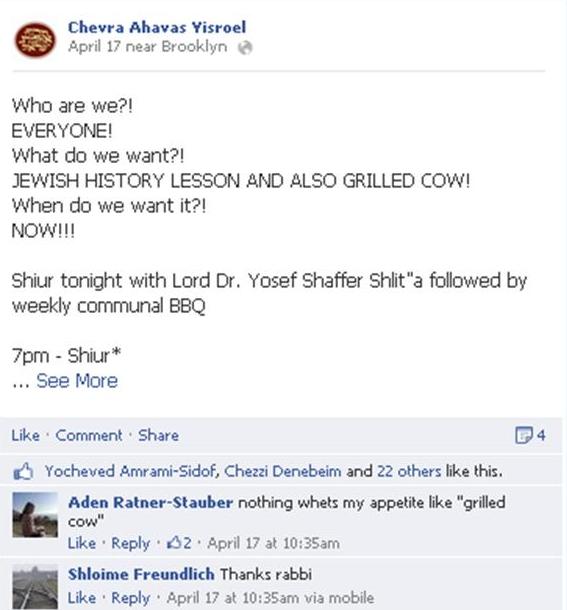 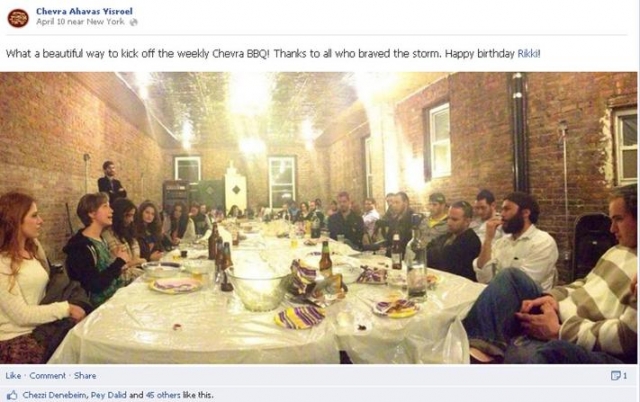 They keep it real. Everything they are online is exactly who they are on-land. The Facebook Page gives you a small taste of what it’s like to be there in the “real world.”

Which of these points resonates most with you? Which does your Page do well, and which can you work on?

*Point of clarification – CAY is NOT a Chabad House. It is a shul by and for (almost entirely) Lubavitcher Hasidim, though it’s run much like a Chabad House.