I don’t know anyone who watches television shows when they are actually broadcast. Most people I know rely on their TiVo/DVR. Even those who claim not to own a television watch shows on Netflix, or Hulu, or some more nefarious mode.

Similarly, people don’t listen to the radio anymore. If they want to listen to music, they head over to Spotify, or Pandora. But what about those who want to listen to old fashioned talk radio? That is where podcasts come in. Podcasts are Radio On Demand. But they are so much better than that. Just like Spotify and Pandora enabled small musicians to be found by the niche audience that might be looking for them, podcasts are radio without the network, so anyone can record, post and publish their own radio shows.

I have been a podcast evangelist for years. I have listened to hundreds of hours of people waxing poetic on the television show LOST, on the latest announcements by Apple, of Catskills Humor by people my grandparents age and grandmothers teaching their nebbish grandsons how to cook, not to mention political news, comedy shows, science, Atheism, Israel, and storytelling.  But there have not been a wide selection of Jewish podcasts (the selection on the iTunes Store has for a while been largely limited Chabad and Aish).  I think that podcasts have the potential for you (personally or for your organization) to share your message in an engaging way that will resonate with an audience. Podcasting can serve as education, as marketing, as promotion and as development, and it just isn't that difficult to do.

If your interests are piqued and you'd like to explore creating your own podcast, consider these five questions before you get started:

1) What are you passionate about?   Whether you are an organization podcasting to forward your mission, or an individual, who wants to express themselves and share their wisdom with a broader audience, you need to know what it is you are passionate about. Your passion will come out in your content. Make sure you are actually excited about the content. 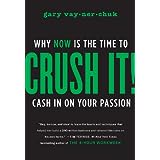 2) What is your brand? Again, whether you are doing this for yourself, or for your organization, think about your brand. In his book Crush It, Gary Vaynerchuk talks about the need for everyone to create his or her personal brand. He became famous for doing short podcasts on wine tasting, and now does corporate talks, writes books, is on television, and shares his wisdom. What did he do? He created a brand, and worked it. If you are a social service organization, it is probably not the right step to do a weekly podcast on “The Bachelor”, or if you are an International relief agency, you might be more wise to do a podcast interviewing your organizational partners then doing a weekly Torah commentary. Think about your brand and move forward.

3)  Is podcasting the best way for YOU to get out your message?  What's the best way to communicate your message?  For some (like me) writing is hard, but podcasting may be much less intimidating (please listen to the companion podcast to this blog post). I have always had the gift of gab and a “face for radio” which is why podcasting is perfect for me. If you on the other hand are better with the written word, you should blog. If you are better with the written word in fewer than 140 characters, you should tweet. You should only podcast if that is the best way for you to get your message out. And if it is, go for it.

4) Do you have something to say?   The Oscars were a few weeks ago, and in the aftermath, lots of people had a lot to say about the misogyny and anti-Semitic jokes of its hosts. The morning after the show, you might have thought to yourself, I want to do a podcast about the Oscars and anti-Semitism. But, what would your next episode be about? Podcasts have a life, so you need to think about what your first TEN episodes will be about. Taking the Oscars example, after thinking it through, you might say that rather then starting a podcast and entitling it “Oscar, Funny You Don’t Look Jewish”, you might realize that what you really should name it is “You Don’t Have to Be Jewish To Love Television” (a play on the old Levy’s bread advertisement), and talk about the way that Judaism is portrayed in television and movies. I could think about dozens of episode topics that would include the Oscars, but so many other issues as well.  [Note to self: consider producing a podcast entitled “You Don’t Have to Be Jewish To Love Television”.]

5) Do you have the time to invest?    How many of you know of friends or colleagues, or organizations that you care about that started a blog, a Tumblr or whatever only to write a dozen posts before stopping. There are so many blogs that lie fallow as a result of someone realizing that continuing to post takes time and energy.  When technology had just made it easy enough for anyone to put up a podcast, and iPods were in everyone’s hands, the average podcast lasted eight episodes. Why eight? Because the first few were fun to produce, then it started to become work. And after eight, if they were not “overnight” successes, they decided to call it quits, or let it fizzle out. So, are you ready to invest the time? Do you have the patience?

OK, I have one extra question to ask you. Everyone always does five questions, but I am going to give you one more bonus question…

6) Have you listened to podcasts?  If you have not yet listened to podcasts, you need to do so before you consider doing your own show. I don’t say this in order to scare you away from podcasting, but rather because you should have an understanding of the culture of the thing in which you are about to embark. You probably read blogs before you started your own, you probably looked at Pinterest before you posted your own images, lurked on Facebook before you wrote your first status update, and read twitter before you live-tweeted a conference. Do the same here. Listen to shows, what is it about the shows that you like and want to emulate, and what do you not like. I have posted links throughout this post with podcasts that I have enjoyed over the years, and if none of them speak to you, come to visit JCast Network to see all of the podcasts we have to offer, in areas as wide-ranging as storytelling to pop-culture, Parshat Ha’Shavuah to Life Coaching, Daf Yomi to Hebrew language, and everything in between.

Darone Ruskay is the Executive Director & Producer of JCast Network. You can ask Darone questions about podcasting through the JCast Network, or email him at [email protected].

Tags Comm/Marketing, How to, podcast